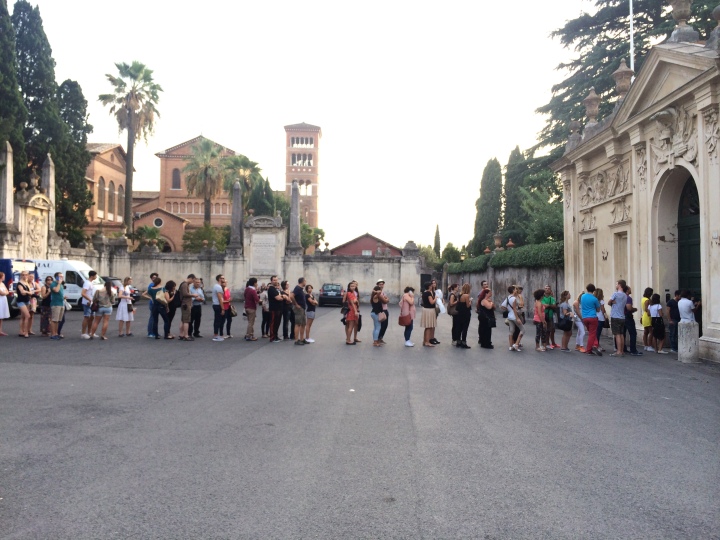 Wondering why people patiently stand in huge lines to peep through this tiny keyhole? Scroll down to know why!

When you peek through this keyhole, you actually see three countries in your line of of sight:

From the key hole you can see St. Peter’s Basilica which lies in the Vatican City. Vatican City is the world’s smallest country, the headquarters of the Roman Catholic Church, home to the pope, and a trove of iconic art and architecture.

This tiny nation on a hill has all the things you’d expect of a country: its own government, its own laws that are enforced by its own police, its own jail and even its own bank and prints and issues its own license plates.

2. Malta (The Knights of Malta)

The grounds just behind the door belong to the Knights of Malta.

The Knights of Malta are a Roman Catholic religious order of crusader knights that originated in Jerusalem in the 11th century. It is the oldest surviving chivalric order in the world and is a sovereign entity under international law.

After having temporarily resided in Messina, Catania, and Ferrara, in 1834 the precursor of the Sovereign Military Order of Malta settled in Rome, and now owns, with extraterritorial status (which means it is Maltese soil), the Magistral Palace in Via Condotti 68 and the Magistral Villa on the Aventine Hill.

The view just beyond the estate is of Rome, Italy.